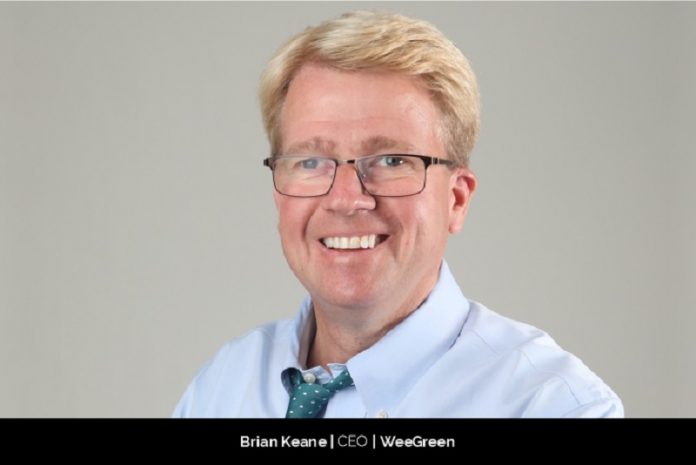 Today solar energy is the cheapest and the fastest-growing source of clean energy in the U.S. And the recent Solar Futures Study from the US Department of Energy, released on Sept. 8, 2021, projects that solar has the potential to power 40 percent of the country’s electricity and employ almost 1.5 million people.  To be sure, this certainly wasn’t always the case with Solar energy.  And in fact, today, solar energy accounts for over 3 percent of the US electricity supply.

Two decades ago, a whopping 80 percent of Americans showed interest in buying solar energy, but less than 3 percent of people were actually buying it. Also, at the time, solar energy was expensive and “incredibly hard” to find. Brian F. Keane saw the massive gap between people who wanted to buy solar energy and the number of people who actually bought it as an opportunity.  The, he said, is a marketing challenge!”   Keane felt that the promoters of solar energy were marketing it the wrong way – focusing exclusively on the environmental attributes of solar (of which there are many) but not on  the myriad of other “values” that drive people to make a solar purchase. And therefore, not many clean-energy enthusiasts were buying it.   So Brian decided to create a non-profit organization called SmartPower to “market clean, renewable energy the same way Coca-Cola sells soda or the same way McDonald’s sells hamburgers.”

Since then, SmartPower’s award-winning marketing campaigns have enabled the creation of hundreds of gigawatts of clean energy across U.S, engaged thousands of Americans in clean energy discussions and purchases and operated in states and communities from coast to coast and internationally.   Brian, the 2019 “Game-Changer of the Year,” and his not-for–profit organization is considered a key player who will continue to play a crucial role in  accelerating the adoption of solar energy in the coming years.

The Connecticut Clean Energy Fund, now called the Connecticut Green Bank, was an early investor in SmartPower and they were hosting an unofficial “Welcome party” for SmartPower, which Keane had launched a few months earlier. There were some 50 people at the event. “They were representing a broad spectrum of wind, solar, and geothermal energy producers, suppliers, and brokers,” Brian says. “It was a first-class, committed group, but most of them were waiting to see whether my fledgling organization is in their camp.”

Representatives from some of the largest and the most forward-looking private foundations were present at the welcome party. They were Pew Charitable Trusts, the Rockefeller Brothers Fund, the Emily Hall Tremaine Foundation, the Surdna Foundation, and the John Merck Fund. All of them were also already invested in Brian’s newly established organization.  They were there because, like him, they, believed that “clean-energy solutions require the same consumer marketing approaches as traditional brands such as McDonald’s and Coca-Cola,” Brian says.

In 2002, too, Americans were well aware of renewable energy sources, but almost no one was using them. Brian told the group that the low adoption of clean energy might be because of their wrong marketing strategies. “Marketing can lead the way out of the dilemma,” he said, adding, “Madison Avenue created a nation of obese children and multiple generations addicted to cigarettes. Why can’t we apply those same advertising techniques to something good for society – such as clean energy and energy efficiency?”

SmartPower, is still making the same argument. But, on that cold, damp day in 2002, he was making it for the first time in the presence of the biggest experts in the renewable-energy business. “I was praying that I do not fall flat on my face,” Brian says. He did not disappoint anyone, and he got the support he needed to build the best non-profit marketing firm in the United States.

SmartPower is a pioneer in the clean-energy marketing field. As the company’s founder and CEO, Brian, has created an organization that is helping spread the word about renewable energy, and its campaigns are encouraging more and more people to take clean energy actions.  SmartPower’s exclusive focuses on energy efficiency and clean energy actions have yielded great results. “The company’s high impact, on-the-ground community campaigns are designed to change behavior and transform how customers use, adopt and invest in clean energy and energy efficiency,” Brian says. They have also helped clean energy gain high visibility across U.S.

Since its inception in 2002, SmartPower has worked on behalf of utility companies, businesses, state agencies, private foundations, and the U.S. federal government to “turbo charge” energy efficiency and renewable energy efforts. It has created and managed thousands of direct-to-consumer solar and energy efficiency campaigns. “These campaigns have helped reduce costs and increase adoption of renewable energy on a commercial, residential and community-wide level,” Brian says.

When clients face clean energy-related challenges, SmartPower helps them by assembling the key partners and then implements the on-the-ground and on-line “campaign” the drives consumer action.

Hailed as “the Mad Men for an eco-conscious generation,” SmartPower is helping clean energy firms expand their user-base, Brian says.  Some of the major publications in the U.S. have lauded the company for changing consumer behavior, making them more aware of alternative energy and conservation.

Working in partnership with The Yale University School of Environment and New York University Stern School of Business, SmartPower has played the role of the “implementation partner” while Yale and NYU measured and verified the programs success.

Keane points out that “early on, our research proved that people do not make a solar purchase based on television ads or even traditional advertisements.”  Instead, it is friends and neighbors who are most likely to influence a target customer’s decision-making process – especially when it comes to buying solar. “People today make solar purchases based upon what their friends and neighbors are doing,” Brian says, adding, “That is the basis of our “Solarize” on-the-ground, and on-line outreach campaigns.”  Solarize works in communities – cities, towns, business, and faith communities – and engages people where they live, work, play and pray, all with the goal of engaging them in discussions about solar and ultimately to take the action to buy solar for their home.

“Solarize” also set the base for the creation of a green campaign platform called WeeGreen. This real technological breakthrough came when Keane and his team saw the need and the ability to automate and scale so many of the key actions of Solarize campaigns.

WeeGreen helps people and communities create their own “Solarize” campaigns step, by step by step. “It has been a game-changer in how we can scale up Solarize and build solar across the country,” Brian says, adding that they have even used WeeGreen to great success in pilot campaigns in New Delhi, India.

“Solarize” campaigns have been immensely effective and have driven unbelievable results.  For example, the SmartPower/WeeGreen campaigns have been proven to increase solar adoptions by “nearly 1,000 percent in the rate of solar adoptions.” Further, the company noted that the adoption rate continued to increase even after the “Solarize” campaigns ended. Another important benchmark for SmartPower/WeeGreen and their Solarize campaign has been the consistent lead-to-contract conversion rate of almost 14 percent. “That is a significant conversation rate especially when one realizes the industry considers 6 percent a strong conversion rate,” Brian says.

SmartPower is a mission-driven organization, and therefore, it measures success in terms of adoption of clean energy across the country. “We measure that adoption by megawatts installed, dollars spent, and households that have adopted,” Brian says. “We are, however, not pollyannish about this.”

The company understands that for solar power to work, it needs to work in the marketplace.  “We weren’t created to give it away, but to ensure that a clean energy markerplace can grow and thrive.”   Its rapid adoption is only possible when people make money selling it and using it. “So, we set out to ensure that the industry itself could ultimately stand on its own two feet,” Brian says. “And increasingly, we are seeing that happening.”

“Today solar power is real. It is here. And it is working,” Brian says.

Setbacks Are a Part of Recipe

“I now know that setbacks are simply part of the recipe,” Brian says. In 2008, countries around the world were hit hard by the global financial crisis. “I thought that the 2008 Recession was a once-in-a-lifetime hit to the business,” Brian says. “If we could get through the crisis, then things would be fine.”

“We got through the crisis, but it is never just a simple one-time thing,” Brian says. “Before we knew it, Covid-19 hit.   And of course, that has been a major challenge for everyone, and our business and industry are no exception.” He says that a company’s success does not depend on how one manages to get through the good times, as almost everyone has the capability to manage through good times. “It is how one manages through the bad times, through the challenges, through the doubts, and through the long days, weeks, months, and years when it seems like no one is paying attention – that dictates the abilities of a leader and an organization,” Brian says.

And SmartPower and WeeGreen have continued to push the limits and break open the markets for clean energy despite the economic upheaval, pandemic, self-doubt, and the Trump presidency, according to Brian.

Proud Moment and Advice to Younger Self

Brian considers receiving the “Frank Hatch Award for Enlightened Public Service” from the John Merck Fund, one of the largest environmental foundations in New England, as one of his proudest moments. “Not only am I a proud New Englander and a long-time admirer of the late, great Frank Hatch.  But receiving that award was a testament that our work has been truly significant,” he says.

“This is a long game” is the advice Brian would give his younger self, and also those who are just starting out in the clean energy field. “Even though Climate Change is hitting us hard now and the need to address it is urgent, changing the attitudes and behaviors of Americans is a long game measured in months and years,” he says.

Brian also believes that one needs to see the goalpost every day even if victories are not measured on a daily basis. And, one has to keep running toward that goalpost without being “discouraged” or “losing the passion,” he says.  “Whatever you do, bring your passion to your job.  When you do, your job will never feel like work!

SmartPower was created to “help Americans make smart energy choices,” Brian says. Until a few years ago, they really just had just two choices – solar and wind. Now, electric vehicles, smart grids and micro-generators are also part of those choices, and there are also new clean technologies that no one has thought of yet.  And all of these can be part of the climate solution and part of our consumer culture. “SmartPower and WeeGreen will be here, helping bring them to the market,” Brian says. “And helping the American people adopt them and use them in their daily lives.”