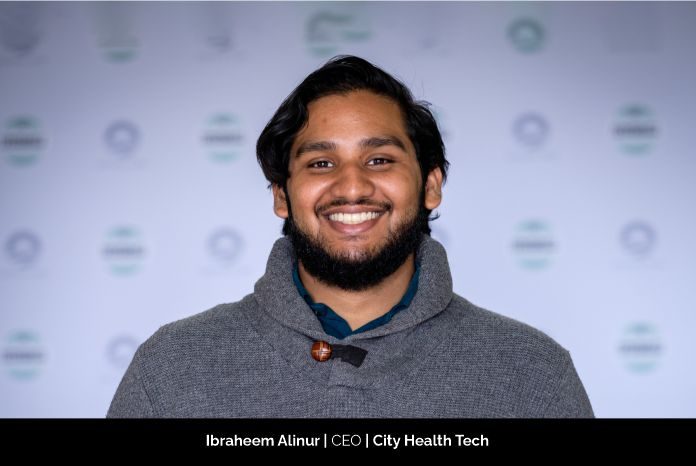 The world is facing growing challenges across industries. Now is the time to think about what we can do to best prepare and prevent disasters on a global scale. 55% of the global population lives in a urban and is predicted by the United Nations to be 68% in 2050. As the world grows, we need to think about sustainability and how we keep our communities healthy.

Understanding the dire need of advancements in healthcare, Ibraheem Alinur, visions to build healthier communities and mitigate the spread of infectious diseases globally by using innovative tech devices. He is the CEO and Co-Founder of City Health Tech (CHT), which provides a wireless-connected hand washing device and health communication platform to engage and entertain while collecting the largest data set of hand washing times in the world.

A Story of Passion, Determination, and Success

A child of immigrants from the Caribbean and raised primarily by his hard-working mother, Ibraheem’s success is a story of momentum and defying odds. His mother assured he had everything for his education and instilled the importance of self-reliance and curiosity at a young age. When he was 17, he was admitted into the Minority Introduction of Technology, Engineering, and Sciences (MITES) program at MIT where he spent a fully funded summer semester surrounded by 60 other peers from across the country with similar backgrounds to him. Ultimately, this moment changed his life because it validated his struggle and showed him that going to a good school was within his grasp, which seemed so far away at the time.

As a direct result of this program, Ibraheem applied to MIT, and unfortunately didn’t get in. He states “I met one of the most important professional mentors in my life, Kathy Chiu, managing director of Deepwork Capital. During our interview, she mentioned she did something like “Shark Tank.” I loved that show, so I sent her an email asking to intern for free to learn and, at the time, she was running one of the largest angel investment groups in the state of Florida. I was skipping classes my senior year of high school to attend pitch meetings. I was hooked.”

City Health Tech is not Ibraheem’s first startup. Before City Health Tech, he started many companies in his first few years that had some success, but mostly failure.

Following those startups, Ibraheem started City Health Tech in the fall of 2017 around this idea of disease prevention because he knew it would be critical in helping cities grow.

He shares, “City Health Tech was my first project to encapsulate this passion and it was a vessel for me to learn. I took the leap of faith due to my passion for the problem and the vision I had for the world. I saw that if we could increase hand washing behaviour across the board, we would save billions of dollars and millions of lives.”

Hustle Before Touching the Stars

Ibraheem believes that entrepreneurship in many ways is an activity and a mind-set. He is always networking with interesting people, thinking through his vision by talking to customers and experts, and spending time with his team and friends to build healthy culture. He says, “I was a sophomore in my undergrad prior to starting City Health Tech and had just ended my previous company; an applicant tracking system for student groups.” He had joined NU Raas, the competitive folk Indian dance team, and worked as a professional magician as his side hustle. As City Health Tech has grown he doesn’t dance as much but does try to learn a new trick every now and again.

Ibraheem was 11 years old when he made his first sale out of his backpack, which in hindsight was the start of his entrepreneurial career, even though he had never heard the word. According to him, his greatest recognition so far has been winning the Gates Millennium Scholarship out of 55,000 applicants. He considers it a life changing moment. That scholarship empowered him in many ways and made him capable of what he is today. He reflects that, “not having to worry about the financial stress of college removed many barriers for me. It gave me the privilege to take a risk and it gave people a reason to want to connect with me. If I hadn’t received that scholarship, I do not think I would have had the time to focus on my passion projects.”

Making Sure Everything Goes Right

As a CEO of CHT, Ibraheem’s responsibilities are to set a strategic vision, build a plan, find the best talent to execute, find customers, and assure the company receives the funding it needs to be successful.

Ibraheem’s day start with prayer and reading a bit of the Quran to ground himself while his coffee draws. He writes down his priorities for the day, and spends some time on LinkedIn, and responds to emails. After, he prepares himself for the meetings of the day; as part of the business development. He meets with the company’s co-founder and leadership team every other day and works on whatever is the major goal of the day. He states, “I also spend any free time reading to catch up on the world and understanding what may impact our business 1-2 years out. No day is the same, which is part of the fun and one of the benefits of being your own boss.”

Being Able to Help Others is the Real ‘Success’

Everyone has different perspectives and measurements for their own success. For Ibraheem, success is adding value and feeling valued by an individual’s community of choice. At the core of being human there is always a deep need to feel accepted and valued, and he believes that service is the key to a happy and fulfilling life.

His theory is that, “being in a position to help others is how we change the world and for those who are hustling to make it, it is our duty to lend that hand back.”  Through this journey, it has become abundantly clear to him that it takes a massive community of support from others to be successful. He adds, “success is being content with yourself and not regretting your decisions. Being ethical and human creates an enduring state of success rather than a moment.”

Going with the Pace

The modern work environment is one where everything happens very quickly and constantly throughout the day. For anyone, balance is hard to find in this fast paced environment. Understanding this work culture, Ibraheem has learned to set boundaries and accepted it as a marathon and not a sprint. He states, “when you are getting started you are fighting for survival but it won’t always be like that. Once you get to a point of stability it’s important to readjust.” He adds that he was valuing the success of his company over his own health and realized that it needed to stop. He makes sure to go on daily walks with his wife. He mentions. “I also genuinely enjoy the work and that helps keep me going.”

Visioning for A Healthier Tomorrow

With its innovative approach to provide a healthy future, City Health Tech aims for a billion clean hands to be washed in 3 years and to make health communications accessible to millions. The company hopes to scale its business not only across schools, homes, and the U.S., but also globally. It is also aiming to merge with the government and other stakeholders to develop solutions to some of the most significant problems of our lifetime. Ibraheem personally hopes that he and the company can grow to support the leaders rising in their field, be it climate change, water resource management, or even energy efficiency. He says, “we want to be the organization that makes your city healthier through empathy, sustainability, and design.”

Stephen Santi: Creating a difference in the insurance industry with Auto Mate

Diana Degraa: Significantly Contributing to Her Agency and Clients’ Growth...

The Future of Higher Education 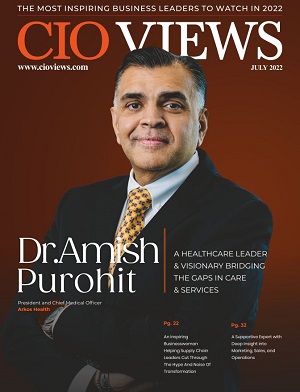