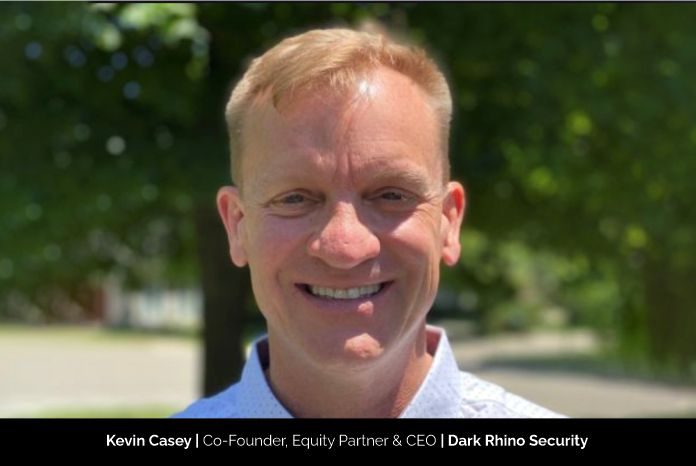 A good job is hard to find, but every entrepreneur knows a good employee is even harder to keep. As an entrepreneur, one must ensure his or her company is staffed with people who look forward to coming to work every day for more than a paycheck. But after almost thirty plus years in business, Kevin Casey, Co-Founder and CEO of Dark Rhino Security still finds himself searching for new ways to maintain productivity while providing each individual with the drive they need to perform to the best of their ability. “I’d say support new ideas; empower each individual and don’t let them become bored. Celebrate milestones; listen; acknowledge personal achievement; let them bring their pets into work; cultivate a positive work environment that has healthy competition and above all, I found that it was an easy formula to keep employees motivated – instantiate a management culture that promotes team members self-worth through praise worthy contribution,” asserts Kevin on keeping employees passionate about their job. Having wanted to be a professional baseball player, he instead grew up to be a professional dancer. Although it was short lived, the education, discipline and work ethic led to the person he is now – ‘a resilient leader who knows the way, goes the way, and shows the way.’

For nearly 20 years, Kevin watched the security industry struggle to strike the right balance between the technical tools of the trade usually complex, sometimes elegant, and often expensive — and the practical outcomes the industry tries to achieve. Simply put, he became a disciple of the FAIR model and of risk-based cybersecurity. Risk based cybersecurity with a focus on resilience is the foundation of Dark Rhino Security, a firm built upon the fundamentals of Blue Ocean Strategy. Kevin simplifies the notion of competition by saying that the only way to beat the competition is to stop trying to beat the competition. The hardest challenge initially for Kevin was to help his colleagues and partners understand WHY this mattered? WHY focusing on a risk-based cybersecurity effort made sense; and WHY they could create new untapped market spaces which would result in highly profitable and rapid growth. Once the team understood the very cornerstone of Blue Ocean Strategy, Kevin along with others focused on what is called VALUE INNOVATION.  In other words, “we then used this to create a leap in value for buyers of our company’s services, thereby opening new and uncontested market spaces afar from regular competition.”

Going beyond MSSP with proactive cybersecurity

Dark Rhino Security provides totally managed outcome-based cybersecurity solutions. It is one of the very few companies that can enable true resilience to the mid-market companies by leveraging propriety processes and advanced security technologies along with in-house expertise. Kevin’s goal at Dark Rhino Security is to serve its customers with exactly what they need. Whether it is a small or enterprise business, Dark Rhino works with clients’ needs and budget to custom tailor a solution for them. The team at Dark Rhino strives to be about 30% lower than a comparable in-house program or it can work in a hybrid model to compliment clients’ security team as they see fit. Either way, with Dark Rhino Security, clients receive a full-service offering created to meet their needs with a fixed budget. This is best evidenced by the range of customers Dark Rhino Security services. The smallest is a group of practicing radiologists to the largest which are publicly traded fortune 500 entities.

Only the best for your business

Kevin states that an organization can either incorporate security guidance into its operations or react to security failures. Leaders need to realize that business as usual will no longer work and begin incorporating operating models where all risks to the business are clearly defined using revenue oriented views where cyber risk is assessed in financial terms and security programs are managed based on how well they reduce financial risk to the business. And this is where Dark Rhino comes into picture to protect the promise of safe and secure business. In the first nine months of operations, the company did over one million in revenue and in second year, over four million and for its third year, the firm is continuing to grow quite quickly and profitably. Kevin’s vision for Dark Rhino is “to be a place where one, who is either at the beginning of their career, in the middle, or at the end with a few more good miles left on them, can find a home and share their experience/expertise with those who want to listen and need our assistance in solving complex security issues.”

Experitial Failure is Fundamental to Success

Kevin affirms ‘recognizing the FAILURE is a good thing.’ What he came to realize was that failure was not the end of the road. Although it hurt more than “I would care to describe, failure served me more than it hindered me. It helped to build me up into who I am today. Failure helped me redefine my priorities; it made me more compassionate; it forced me to redefine my approach; as importantly, I learned very quickly who my true friends were after each successive failure. Lastly and one of the best lessons is that I learned is “to eat the frog”. Mark Twain once said that “If it’s your job to eat a frog, it’s best to do it first thing in the morning. And if it’s your job to eat two frogs, it’s best to eat the biggest one first.” What he meant is that you should tackle your biggest, most impactful activity first in the day…. after that it’s all downhill from there.”

Prior to Dark Rhino, Kevin spent the first part in the management consulting industry then decided to be “poor and become a serial entrepreneur.” And he says he has never regretted a single day ever since! At Dark Rhino, Kevin determines and communicates the organization’s strategic direction and tries to explain it in a clear, engaging, and exciting way. His job involves keeping a proper balance of resources for all the disparate groups and initiatives in alignment with the company’s overall strategy. He is responsible for setting the example and building a strong culture based on strong values and to ensure that those values are applied consistently from top to bottom, across all departments. He also has partners, however the buck and final decision rests with him as does the requirement to ultimately be responsible for the company’s performance. Moving ahead, Dark Rhino will continue to grow organically as well as through acquisition when it makes sense.

DDE Technology Limited: On a Mission to Secure the World’s Critical Infrastructure and Operations

A Big Dose of Inspiration For Remote Leaders

The Most Admired Women Leaders in Business, March 2022