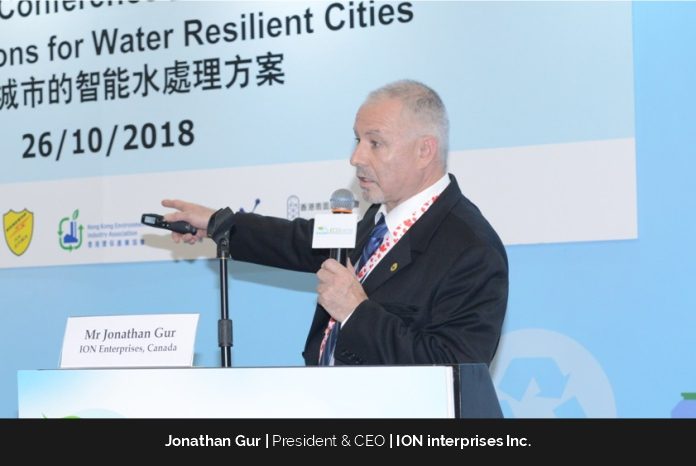 Scale build-up is one of the major challenges in water processing systems, not only reducing pipe and equipment effectiveness but also slowing down water flow. Over time scale and corrosion may also lead to pipe walls weakening and then leakages.

One common solution is using chemicals, which removes about 90% of scale build-up.  However, on top of the thousands of dollars in chemicals cost, this requires frequent chiller cleaning which also reduces equipment life expectancy – again meaning higher operational and capital costs for building managers.

So, what could be a better solution?

ScaleBuster and EnviroTower, two innovations that help building manager tackle scale corrosion while saving water, energy, chemical use and costs, and also eliminate the chillers clean-ups that reduce life span of these expensive pieces of equipment.

ScaleBuster is a water conditioning technology that provides control of scale and corrosion in various water process systems. Operating everywhere from power plants on an industrial level to homeowners on a domestic level, the technology can completely replace traditional chemical treatment of certain water systems.

The ScaleBuster works by making the calcium and magnesium in the system precipitate into suspension. When these particles reach the hot parts of the system, the tendency to adhere to surfaces is dramatically reduced, thereby protecting equipment from potential limestone damage with relatively fast return on investment.

Since 1990, this device has already been applied into over 300,000 applications by distributors across Europe, North, Central & South America, the Middle East and Asia.

Designed around the ScaleBuster, EnviroTower is a cooling tower water treatment technology. It works by precipitating the hardness (typically, Ca++ and Mg++ ions) in the cooling water, causing those ions to build clusters which grow larger as the water is recirculating through the ScaleBuster conditioner, until they are removed from the water by the cyclonic separation or filtration process.

In total, it can eliminate 98-99% of scale, comparing to only 90% by chemical treatment. This can help building managers save resource use in 3 ways (bottom line scenario):

Overall, EnviroTower can add 15-25% to equipment life expectancy and save 10-20% on operating costs (with typical ROI of 12-36 months) as shown below:

Image 3: Actual savings calculated by a US Medical Center in 2018 following operation of 3 EnviroTower systems for years, the first installed back in 2008 and 2 others had followed in 2015
To describe the cost saving more vividly, the pie on the left shows potential operational savings (or OpEx) for a cooling system after installing an EnviroTower solution. The pie on the right added the significant Capital Expenditure (CapEx) saving by the lack of need to replace a chiller earlier than planned, based on the following: on a USD2mn chiller designed for 20 years, it can be looked at as USD100,000 per year (before getting into amortisation calculations, interest rates and so forth). Every chiller cleaning reduces life span, so frequent cleaning might reduce up to 6-7 years from the expected 20 years which are equal to $600-700,000!

Ekaterina Petrova – An Innovative and Motivating Businesswoman Leading a Successful...

The 10 Most Successful Entrepreneurs Making a Difference in September 2021