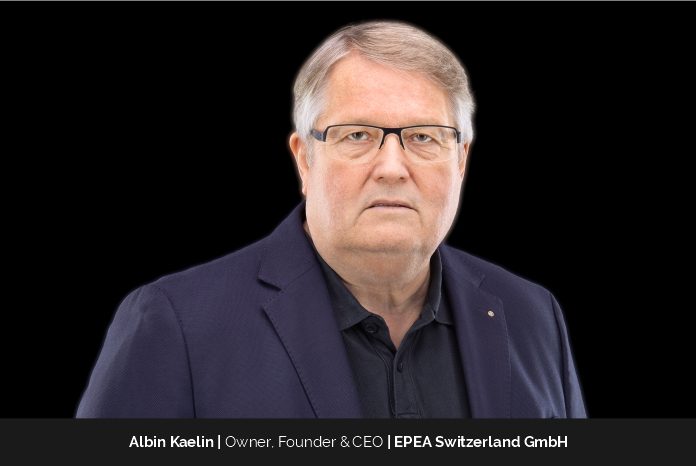 The manufacturing industry is looking for a collection of indicators that are open, inclusive, and neutral in order to assess the long-term viability of manufactured goods and processes. As a result of their work, they discovered a large number of stand-alone indicator sets. This has made it more difficult to decipher connected language and choose precise indicators for various areas of sustainability.

If people are to thrive, we must learn to mimic nature’s incredibly efficient cradle-to-cradle nutrition flow and metabolic system, which eliminates the concept of waste entirely. To eradicate the concept of waste, products, packaging, and systems must be designed from the start with the assumption that waste does not exist. It means that the materials’ valuable nutrients shape and influence the design: form, not simply function, follows evolution.

Albin Kaelin’s name is interwoven with Swiss ingenuity and the Cradle to Cradle® sustainable development philosophy. Kaelin has pioneered ecological and sustainable manufacturing from his tenure as president of a textile factory to his most recent accomplishments as CEO of the Environmental Protection Encouragement Agency (EPEA Switzerland GmbH).

Albin Kälin was the Managing Director of Rohner Textil AG in Switzerland from 1981 to 2004. Since the 1990s, the business has won 19 international design honours under his guidance. In 1993, he sparked the creation of the Climatex® product line (www.climatex.com), the world’s first Cradle to Cradle® products. Albin Kälin was named “Rhine Valley Entrepreneur of the Year” by the UBS Key Trophy in 2001.

Albin served on the supervisory board of Fein Elast Group in Austria from 2002 to 2007. From 2005 to 2009, he was the CEO of Hamburg-based EPEA Internationale Umweltforschung GmbH. In 2007, he became the CEO of EPEA Netherland.

Albin founded, owns, and is the CEO of EPEA Switzerland GmbH, which he founded in 2009. In accordance with his core competence in the textile business worldwide, he and his team of 24 executes Cradle to Cradle ® projects in all industries worldwide

EPEA (Environmental Protection Encouragement Agency) Hamburg was founded in 1987 by Prof. Dr. Michael Braungart, the founder and former head of Greenpeace’s chemical section. Its mission is to help businesses innovate; become safer, and more circular. The term “encouragement” contrasts with the term “protection,” which alludes to the “United States Environmental Protection Act.” The EPEA concept emphasises the importance of collaboration between relevant organisations, industry, and government. The institute’s first orders are as follows: In a project for Greenpeace, halogenated hydrocarbons were assessed. It was to establish a technique for chemical evaluation for Ciba-Geigy (now BASF). EPEA’s ability to operate independently and critically within the industry was demonstrated in these early examples.

Albin claims that we have all been taught to think in linear terms, and that all of our current systems are founded on linear thinking. Accounting, GDP, recycling, and landfills are just a few examples. From Cradle to Grave, there is no future. He says, “We are loosing resources, their quality and most of them are even toxic. What we need is Cradle to Cradle enabling a positive perspective for future generations and the environment.” He further adds that it is a different way of thinking, which is why it is so challenging.

Albin shares, “We need many lighthouses who can prove that the different way of thinking is a success. How can we reach the tipping point soon.”

Albin claims that he was genuinely left-handed as a youngster. He was obliged to write on the right when he arrived at school. He inquired as to why at the time, but received no response. He says, “This experience has taught me not to accept anything whose sense I do not understand.”

Albin wants to live a life that is both meaningful to him and to the community. As a result, it becomes clear how he accepts responsibility. He works professionally to enable innovation in the development of new manufacturing models that do not create trash but instead serve as “nutrients” for other goods. He states, “By showing new ways to the old system, I find my track of interface, where I am neither saying yes or no and I am confident to bare my responsibility.”

Albin discovers that attempting to convert linear systems to circular systems is difficult and time-consuming, as well as requiring change management. He goes on to say that the only way to maintain a sense of balance in life is through family, friends, sporting activities, and a vision for a better future for future generations and the environment.

He says, “For 25 years, I experienced headwind and was considered a rebel. Now the time spirit touches the surface and you are recognized to be innovative. To receive tailwind is making it moving faster with less energy. Remain firm and never give up your principles.”

The 10 Most Influential HR Executives to Watch in October 2022 Vol. 3

Internally displaced persons face challenges upon returning to their homes in...