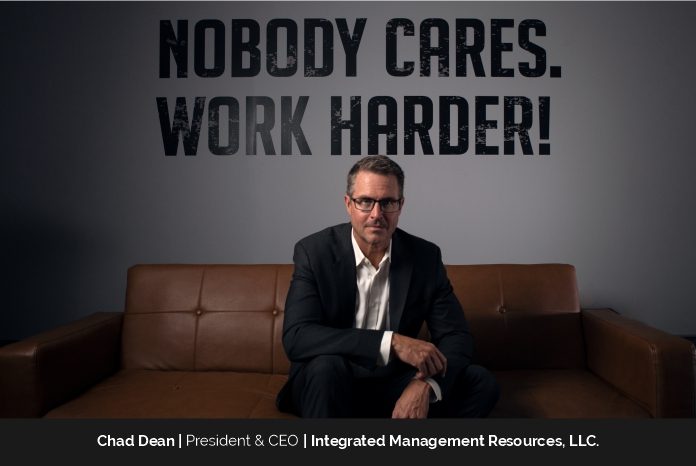 Today, technology is at the center of everything. We set alarms on our smartphones to wake us up and we can easily tell Alexa to adjust the temperature on our thermostats. Because of this growing reliance on technology, there is an increased need for technical positions like DevOps Engineers, Cloud Architects, and Software Engineers. How do businesses meet the need for technical positions? Technical recruiters! We get to see firsthand the revival of the technical recruiter in the era of “The IT Talent Wars” and “The Great Resignation.”

Regardless of gender or race, the modern tech recruiter focuses on placing the right individuals in the appropriate positions and can identify good talent from medicore talent. In addition to C-level positions (CTO, CIO, COO, CISO), Chad Dean has recruited quant analysts, quantitative developers, full-stack engineers, data scientists, cloud specialists, financial IT, and salespeople for Fortune 100 companies and start-ups over the course of the past 20 years. Chad Dean has more than 25 years of experience in recruiting, consulting, and M&A. Chad is the owner and operator at Integrated Management Resources.

Beginning to Break the Success Ceiling

Chad was born and raised in Scottsdale, AZ. As anyone in recruiting knows, it is a sales position when one boils it all down. He started selling at a very young age when he had a paper route. He got paid for every paper he delivered, so the only way to make more money was to knock on doors and sell more subscriptions. At 16, he sold Kirby vacuum cleaners door-to-door. That is where he learned how to close and “the first person who talks loses”.

During his collegiate undergrad program, Chad played varsity golf while managing his schooling and work. He was able to do juggle all this and still attain Dean’s list (4.0) for 2 semesters in a row, something he is very proud of. College golf brought Chad to many places, including Spain, Texas, and Kansas.  After Chad graduated from college with a biology degree, he could not find a job in that industry. In his job search he befriendedsome lab recruiters from a company called Onsite (an Aerotek company). He recalls, “They told me I had a type A personality and would make a great recruiter.”  So, Chad signed on, went to training in Baltimore for 2 weeks, and went to work as an engineering recruiter. He was quickly promoted to a sales role 9 months in.

In 1998, after two years at Aerotek, Chad left Austin to move back to his native Arizona and started working as an engineer recruiter for the aerospace and technology sectors. A couple years later, while juggling a full-time job and evening classes for his MBA in 2002, Chad met Barry Franklin, IMR’s founder, through a mutual friend. Chad joined Barry shortly after and began learning about the financial sector, which fit quite well with his MBA finance coursework.

Chad had just six years of recruitment experience when he joined IMR in 2002. He gained control of the company 7 years later, in January 2009, and was given the role of CEO, which he continues to hold today. He is fully in charge of the organization’s sales, fulfillment, and strategy.

After becoming CEO, Chad modified the organization’s structure in order to create a far more scalable company. IMR has divided up several organizational disciplines in order to streamline the procedure and speed up the delivery of excellent candidates. The results have proven this to have been a success, with 50% YOY growth in the last 2 years and its staff has doubled.

The few obstacles in his life, according to Chad, that helped him become the more stable and humbler person he is now were the financial crisis or “Great Recession”, battling and winning against cancer, COVID, and nearly losing his right leg in an accident. 2009 financial crisis: Being the proprietor of a recruiting firm that catered to Wall Street banks and hedge funds during the great recession was his first significant hurdle. When he took over the business in January 2009, he changed the company’s motto to “Make it through 0-Nine and we will be fine.” Chad is still in awe at how the squad managed to succeed. “In hindsight, I credit our tradition of superior service, hard work, and ethical business practices for this”, he says. He stressed that this combination had cultivated deep relationships that the team could lean on in times of challenge like 2009 and 2010.

When COVID hit in 2020 the experience of surviving the Great Recession came into play.  First, he was better suited to assess the situation and act swiftly with firm decision making. “When you have looked over the edge at the abyss before, it doesn’t look so ominous the next time”, he says.  IMR not only survived the pandemic, it thrived.  Second, Chad realized that you can’t have all of your eggs in one client basket (Wall Street) and needed variety. The company had recently diversified away from Wall Street into the technology space.  Technology was a big beneficiary of the remote workforce revolution and IMR was able to ride that wave.

“Winning all the time does not sting.  Losing stings and creates a lasting memory.”

Chad firmly believes that experience is the best teacher, and the most effective experience to learn from is a challenge in which one fails. “Resilient” is the only term that accurately describes Chad.

Chad is a firm advocate of achieving work-life balance. In a few years, he and his wife will have an empty nest. He is pleased that he got to spend so much time with his wife and children while they were young. Chad has strong opinions on nutrition and fitness. According to Chad, doing this gives him the strength he needs to spend time with his family after work hours, even after a long day at the office. He states, “I don’t have a bold line delineating work and family – that is impossible as a recruiter.  However, it is definitely a dotted line and only in case of an emergency am I working during my family’s time.”

Chad shares that he truly doesn’t know how he keeps himself motivated.  He doesn’t need to actively self-motivate.  He asserts, “Likely the source of my motivation is a fear of failure.  When it comes to employees’ motivation, I am a lead from the front type of person.  I don’t expect anyone to do anything that I won’t do myself.  I sit in the bullpen with everyone else, shunning a personal office. I want people to feel my energy when I am on the phone.  I want them to see me working.”

Chad is aware that rewarding achievement and showing appreciation may inspire employees. As a result, Chad at IMR likes giving out little milestone prizes in addition to larger ones.  Clearly the bigger prizes like incentive trips outside the country are huge motivators but you have to recognize the little things along the way that get you to the big milestones.

Chad finds he has surpassed any dreams he had as a young man beginning his career. However, one’s dreams morph over time.  He says, “As you achieve things you never thought were attainable, you recalibrate and set your sights higher.”  Currently, Chad is in the process of achieving his recalibrated dreams.

Personally, Chad does not value success with a dollar sign.  Success for him is measured by his energy and level of happiness.  He opines, “If I can answer yes to both of these questions, I consider that success: Am I passionate about what I am doing? Am I putting my full self into the process?  No matter the outcome, I am happy if I know I have given it my all.”

An equity program for IMR is currently being developed by Chad and his team. The initiative is intended to be implemented in FY 2023. The goal is to start including the organization’s important leaders in its ownership. Act like an owner, Chad constantly advises. However, being a real owner has considerably greater influence than acting. For himself, he hopes to hand off the CEO position in ten years so the following generation may make their mark on the company and steer it in the direction they see fit.

Chad’s best message to aspiring entrepreneurs is to “follow your passion”.  He asserts, “If you have passion for what you are doing, it doesn’t seem like work.  You will enjoy the journey and have the courage to stand up to fear.  If you are not truly passionate about what you are doing, then find something else. The grind will wear you down and make you very unhappy.”

Spencer K. Funk: Helping Others Succeed as a Leader in the Staffing Industry

Montserrat Cazorla: A Hands-On Organizational and Talent Developer with Years of Experience in Human Resources

The Most Successful Businesswomen to watch 2021 Vol 02