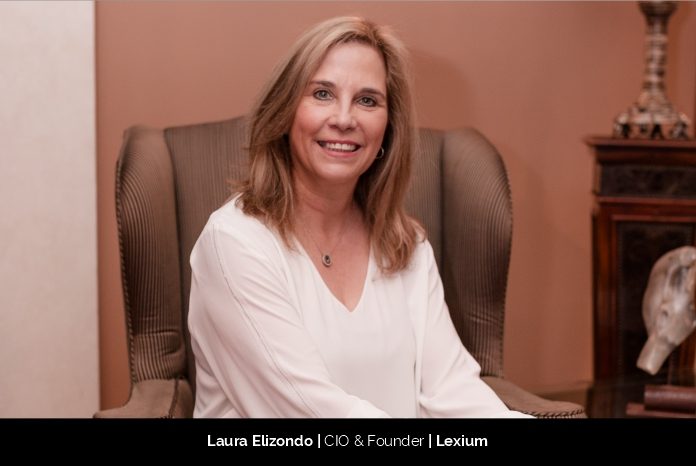 Success is a path, not a destination. It’s a way of thinking, of doing things and inspiring and motivating the people around you. This is exactly what Laura Elizondo, CIO & Founder of Lexium believes. “Success is to keep moving forward, always taking one more step towards another goal, another dream,” she says. She further explains that success means to fight for what you believe in, to pursue the goals you’ve set for yourself, and to make a positive impact in the world and in people’s lives, but most importantly to do all this without dishonoring your beliefs, your values and respecting the integrity of others. Being successful is the constant pursuit of becoming the best version of yourself.

“Success, in my case, was not viewed as an economic factor, success was being able to create something of value, to develop a company that could impact people’s lives and trigger a change in our education system and society,” she says. She not only started Lexium as a business model, but also as a dream to break educational paradigms. This required a disruptive innovation, and from the beginning Laura knew that it was a lifetime project. Throughout the years, she didn’t visualize success as money, but rather credibility and becoming value, for her. For her this was the key to success. First to be and then to have.

Lexium started as a dream, as an innovative, and revolutionary proposal to break the traditional paradigms of an education system that were holding society back and not allowing them to prepare and develop in order to become the best version of themselves and be able to compete in a global world.

“Lexium’ s” foundations have been the same for 30 years, they are the engine that has pushed Laura and her team to navigate through deep, stormy, and calm waters and that have allowed them to offer something unique that could survive in a changing world where many have perished.

 Become a better version of themselves throughout commitment and

 Prosper through self-knowledge and self-development.

 Enhance their learning skills so that they have better possibilities in life.

Challenges are something every entrepreneur and company will have to go through and surpass. A true challenge makes us stronger, but a big and unachievable challenge can be dangerous. Laura suggests to set ambitious goals and then be humble enough to identify one’s own weaknesses, building a multidisciplinary, trustable and qualified team one can rely on. Along with a team you’ll have the fundamental basis for facing challenges, making decisions and surpassing obstacle, which in the end is what makes you stronger, not the challenge itself.

Laura confesses that there were several obstacles when she started. First, there was the market time, her idea was ahead of time. The 90’s in Latin America did not have fertile soil to promulgate that intelligence could be trained and developed, so they had to break several paradigms and build credibility to their innovative proposal. The second was a personal obstacle.  “When you have a passion in education, what you like to do is to teach and what I had instead, in order to do to move forward, was to manage the business, innovate, plan, it was hard for me to put aside my passion and do other tasks, that in time, also became passionate,” she explains. The third was to grow with technology, Lexium and Laura were born in a non-technological era, At the same time it was an obstacle to overcome and an advantage to use.

Lexium was founded in 1992. The company was launched with an innovative business proposal: to evaluate, diagnose and train people’s learning skills. They firmly believe that this makes people more prosperous, both personally and economically. They created a model that identifies skills that allow people to learn better (intellectual, emotional, metacognitive, reading, studying, habits and performance). These skills are assessed throughout 26 different online assessments with a powerful diagnosis platform that includes several reports grouped by individual, teams, corporate or institutional).

In addition to the diagnosis, Lexium has a training platform called Skill Training that offers electronic, modular, and personalized training to increase low skills, improve average skills and enrich high skills. In third world countries, education is a real challenge. Innovative companies like Lexium create new environments so that people can have an enriched quality of life. Some of the contributions might seem simple nowadays, but in their day, they were a turning point in education. Technology and innovations are priorities. Without technology, their solutions will not have been massified.

From 1992 to 2021, education has evolved more than ever. Throughout the years Laura has seen how traditional educational theories have been left aside and remained untouched. This concerns her because the new educational proposal in Latin America is based on technology and the learner’s ability to understand and manage it.

The Start and Current Role Of Laura’s Professional Life

Laura began her professional life in remedial therapy, as a language and learning disabilities therapist. Starting there touched her because she noticed the difficulties that people with low skills were facing. “I wanted to find something that would allow all of us to be more capable in whatever we undertake in life, because by doing so, we can walk without fear, with enthusiasm and with more possibilities,” she says.

Laura found some approaches in the United States that broke with the paradigm of intelligence being measured in terms of IQ and aimed to identify skills, something that was unknown to her at the time. Her job then was to understand the theory, break the paradigm of traditional psychology, develop material, and promote the idea to the population without remedial difficulties to embark on the path of self-development.

In the personal field, her greatest acknowledgement has come from her husband’s support and his constant work to make it possible for her proposal to become a workable business.

In the professional aspect, her greatest recognition is knowing that everyday hundreds of people use Lexium’s assessments, diagnostics and trainings and that they have adopted Lexium’s proposal.

As a CIO, her current responsibilities are:

– Setting goals to reach our destination

– Keeping consistency in our proposals, distinguishing trends and fashions in education.

– Building and promoting a strong team that is fully aligned with the business’s mission, vision, and goals.

– Despite the world’s rapid changes, keeping the company’s values, beliefs and institutional philosophy.

For Laura there is no such thing as a routine at work because it is everything but monotonous. “As a CIO, there are many areas in which I must get involved, some days are about strategy, others about listening to customers, others about reviewing platforms and rebuilding ideas, talking about marketing and others that come because of all of the above, on innovating with the team,” she says.

Laura began this business when her 3 children were babies. She was growing both professionally and personally. She says there has always been a time for everything in her life. For her, family is the top priority, but she has realized that if one lives day by day and is organized, everything can be achieved. Her husband’s who is also her business partner, has been supportive which has been key. “In our family, we always say: we are a team and we got to stick together,” she affirms.

Laura believes that motivation flows from the inside out and not the other way around. She follows the same strategy with her collaborators as she does with herself. She tells them her vision, they believe in it, and they all get on the same boat. Her personal goal is to support the new generations as there is still much to be done.

Her message to aspiring business leaders is – An innovative idea is nourished by consistency and hard work. Nothing comes for free.

Richard Fusco: An Experienced Management Expert with Expertise in Building...