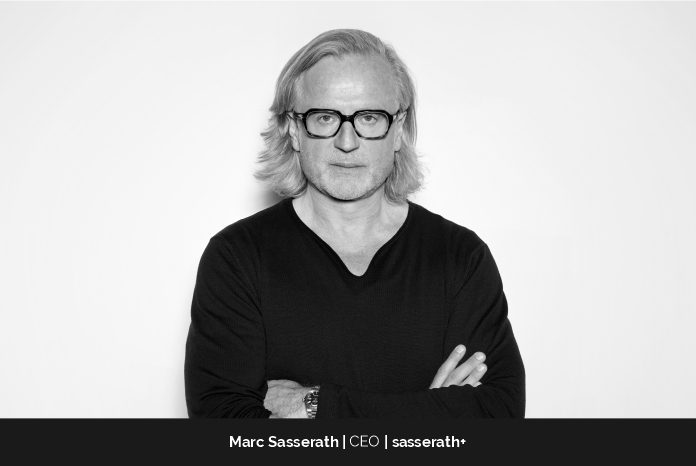 We live in difficult times. Pandemics, war, the environmental crisis and a dramatic shift in values require organization to adapt and transform. Transformation is the name of the game. However, most transformation efforts do not reach their goals. The reason: culture.

If you want to develop a future-proof organization that will allow your firm to stand out from the crowd, you must develop a distinct and coherent culture that nurtures good attitudes and behaviors. Building this distinct culture extends beyond internal goals. Companies that do this successfully also develop a strong brand identity that manifests how they want all internal and external stakeholders to view and experience their organization. A strong identity creates hold and gives orientation.

Making this cultural-brand link takes effort. You might begin by thinking about your firm’s identity: where do you come from? Where do you want to go? What is your purpose? What are you good at? What is your personality? what gives you gestalt? Once you understood this and have a clear focus you can develop an organization that is relevant and unique and can deliver a coherent experience.

Marc Sasserath is a Professor of Innovation and Entrepreneurship who lectures in Paris and Berlin on entrepreneurial branding and cultural transformation. Prof. Sasserath is the Founder & CEO of sasserath+ consultants a Berlin-based strategy consulting firm that gives new perspectives for a better future with sister companies in Berlin, London, Zurich, Frankfurt, and Hamburg.

Prof. Sasserath acts as a senior advisor to the owners and CEOs of several businesses and organizations. In Berlin, he is an active part of the start-up ecosystem, helping to build a variety of digital accelerators and innovation centers.

In Germany, France, and the United Kingdom, Marc Sasserath studied business, philosophy, languages, and clinical organizational psychology. He has an MSc from HEC Paris, a DipCCC (INSEAD & HEC), and a Diplom-Betriebswirt (Germany).

sasserath+ aims to give new perspectives to people, brands and organisation on identity, transformation, innovation, digitalisation, and sustainability for a better future.

Value is created by identity-driven transformation and digital-driven innovation that is all united by a holistic understanding of the brand.

The team at sasserath+ combines a diverse range of personalities as well as distinct experiences of brand, innovation, and transformation success from consulting, digital business, and agencies to produce a complementary whole for the benefit of its clients. Its ultimate maxims are an entrepreneurial soul, distinctive creative-strategic thinking, and comprehensive quality of understanding.

The Belief that Ensures Growth

The entire sasserath+ crew believes in teamwork and working for one another. For every organization, internal integrity is equally as crucial as outward autonomy. The everyday work of the team is guided by the aim of establishing a good culture that is courteous, thankful, and trustworthy. The desire to learn something new every day unites the whole business. It transforms the organization into an evolutionary one, always evolving and creating chances for individual progress. According to management, “an environment where people discuss, argue, and work passionately” would be impossible without colorful post-it’s on the walls.

The company’s team provides quality outcomes for its clients, on which they stand 100%. This requires commitment, the capacity to see possibilities, and an unwavering willingness to take risks. It requires an intelligent, passionate, and enthusiastic team. It also needs a strong network of extraordinary partners and sister companies that flexibly strengthens and complements us.

Personally, Marc considers success to be all about impact and happiness. He sees that impact lies in contributing to a better future and making a mark. He asserts, “Happiness is about what we can do for all the people in our organization and beyond, and hopefully also for ourselves. From my perspective, success is not so much related to business metrics as it is too dependent variables.”

Marc and his team had some fascinating internal discussions regarding dreamers, positivists, realists, and pessimists. He claims that the first stumbling block appeared quite early in his professional career. As part of a family agreement, he consented to enrol in a topic he had never intended to study industrial engineering. His family believed that this would be the ideal preparation for him to join the family company. He states, “Despite the promising narrative, we entered into a big family row that ended in a major disaster.”  Long story short, Marc never joined the family business but decided to pursue his own interests and create his own career.

For Marc, all other roadblocks were always related to people—occasionally he partnered with the wrong people and suffered the consequences.

So, what are the lessons learned:

The Big Steps in Career

Marc discovered his ikigai by combining his interests in people and psychology, entrepreneurship, and creativity. He was fortunate to locate one of the top academic programs that were a perfect fit for him, as well as the perfect job (strategist) at the perfect place (Saatchi and BBDO) at the appropriate moment.

He was Executive Chairman of UDG United Digital Group, one of the largest digital businesses, in 2016/17.

From 2001 until 2007, he was CEO & Partner of Publicis Sasserath and CSO of Publicis Groupe Germany a company that was described by Handelsblatt as “one of Germany’s premier brand consultancies.”

1998-2000: Joint-Managing Director and Head of Planning, McCann Group Germany, assisting in the agency’s turnaround from struggling No. 10 (1997) to No. 4 (2000) in under three years and winning the not-so-prestigious HK McCann Award.

Head of Planning Germany, Member of the European Planning Board, and International Lead Planner, BBDO Group Germany and AMVBBDO, London, 1992-1997.

Marc Sasserath has been an Affiliate Professor at ESCP Europe since 2016. He contributed to the growth of entrepreneurship education at ESCP Europe by co-founding U-School, EMDIEL, and assisting ESCP Europe in becoming an important component of the Berlin ecosystem. Marc Sasserath is presently a lecturer at Miami Adschool Europe, having previously worked at the Humboldt-Viadrina School of Governance in Berlin, the International School of Management in Dortmund, and the WAK Köln/Universität zu Köln in Germany.

The finest acknowledgment, according to Marc, was not an official one, but the fifth-anniversary celebration of his first actual (NB-he founded the first one during his bachelor’s degree at university) firm, Publicis Sasserath, on Capri. He recalls, “We just had an amazing time, and after five years, nobody had left the company—I was super proud and happy.”

Marc sees his work at the company as bringing new perspectives on identity, culture, and entrepreneurship. He shares, “The Sasserath idea is much older than I am: the first Sasserath company was founded in 1871.” He further adds, “Since then, my family has always been entrepreneurial. I was intrigued by the idea of setting up my own business quite early.” Publicis gave Marc the opportunity to set up his own company as a joint venture: Publicis Sasserath – the brand consulting company of Publicis Groupe – was born. He had a wonderful time with this group, but full independence was a strong trigger. In 2007, the firm celebrated Independence Day, and since then it has been developing sasserath+ as a consulting firm that brings new perspectives for a better future.

Apart from that, Marc is inspired and energized by traveling, and he is really into creating new habits like yoga, meditation, and sports.

Plans for the future of Sasserath

Marc is not a big fan of the pure company growth concept. He leans toward “human” progress and maybe societal growth. As a result, he feels that personal development should be the primary goal. He is grateful for the opportunity to have worked with several fantastic people who have advanced their careers, became partners in the group and started their own businesses, or found great employment at some of the most respected corporations. He still believes that it is all about impact and happiness. He opines, “We are here to give new perspectives for a better future.”

“Go find your ikigai, find the good partners and be brave enough to turn your dreams into reality.”

Rishma Nathoo: A Global Leader Bridging the Gap to a Socially Sustainable Future

Making things ‘Smart’ in a digital world happens one operation at...

10 Most Inspiring CEOs Making a Difference in November 2021