Rotterdam, the Netherlands, September 12, 2019 – Every year, several million tons of plastic end up in our oceans, yet there is an imbalance in the amount found floating at the surface, which is in the order of hundreds of thousands of tons. In the past, scientists have explained this difference by assuming that floating plastic does not persist at the ocean surface and that the missing plastic would now be in the form of microscopic particles at the bottom of the sea.

However, this contradicts numerous reports of decades-old objects floating in oceanic garbage patches, suggesting that floating plastic pollution is highly persistent in these regions. An international team of scientists at The Ocean Cleanup presents an alternative explanation for the missing ocean plastic.

When positively buoyant plastic is introduced into the marine environment, it may be transported to sea by currents, wind and waves, with a large portion of this plastic returning to shore soon after being released. Stranded plastic may be collected by human activity, left to weather on the shore, or it may enter the ocean again; repeating this cycle at an unknown frequency. A small fraction of floating debris breaks from this cycle and is transported offshore. This explanation introduces a significant time difference between river emissions and representative accumulation in offshore waters, which indicates that the missing plastic is merely on its way to the ocean gyres, and what has already accumulated offshore is highly persistent.

“In our research we are not only focused on the whereabouts of ocean plastic, but also on the age of plastic debris in the ocean.” Laurent Lebreton, Chief Scientist at The Ocean Cleanup and lead author of the study, explains. “Our models show that most plastic in the coastal environment is younger than five years old, while offshore plastic is much older; which aligns with our observations of the plastic we have collected from the Great Pacific Garbage Patch, also presented (in Scientific Reports) in March 2018.”

If no action is taken to eradicate ocean plastic, the future health of the oceans will suffer. Should ocean-bound plastic be stopped only at its source (rivers, fishing discard, etc.), the mass of microplastics could still double by mid-century (as the legacy plastic continues to break down in ever smaller particles). Additionally, if no intervention occurs, the time required for ocean garbage patches to disappear would likely be in the order of many decades to several centuries, the study concludes.

Boyan Slat, CEO and founder, elaborates on The Ocean Cleanup’s belief that understanding the problem is key to solving it: “In our latest research we have focused on finding the answer to the observed imbalance in the amount of plastic entering the ocean and the amount of plastic that we are finding afloat at the surface. To stop ocean plastic from breaking down into dangerous microplastics, the solution is not prevention or cleanup, instead it is both; the results from this study underline the urgency to prevent plastic from entering the ocean as well as cleanup of legacy plastic.”

Note for the editors, not for publication.

About The Ocean Cleanup

The Ocean Cleanup develops advanced technologies to rid the world’s oceans of plastic.

Founded in 2013 by Boyan Slat (25), The Ocean Cleanup now employs approximately 90 engineers and researchers. The foundation is headquartered in Rotterdam, the Netherlands.

Instead of going after plastic debris with vessels and nets – which would take many thousands of years and billions of dollars to complete – The Ocean Cleanup plans to deploy a fleet of long floating barriers that act like an artificial coastline, enabling the winds, waves, and currents to passively catch and concentrate the plastic. Once fully operational, the full fleet of passive collection systems is expected to remove 50% of the Great Pacific Garbage Patch every five years’ time.

After years of conducting reconnaissance expeditions, scale model tests and the deployment of prototypes on the North Sea, the first ocean cleanup systems were deployed into the Great Pacific Garbage Patch in 2018 and 2019. Once proof of technology is achieved, The Ocean Cleanup can commence full-scale cleanup and begin removing vast amounts of ocean plastic that have been accumulating in the ocean for decades. The Ocean Cleanup is working with partners to design processes to convert recovered ocean plastic into valuable raw materials and durable products.

Signature Global Network-SGN is having its first global logistics conference in SGN, VN.

Ross A. Leo: A ‘Polymath’ Ensuring Compliance, Security, and Privacy in... 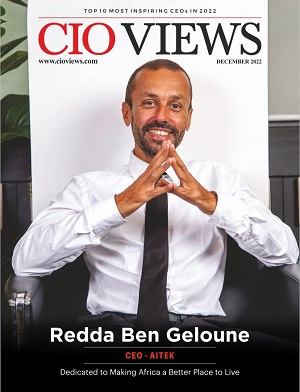