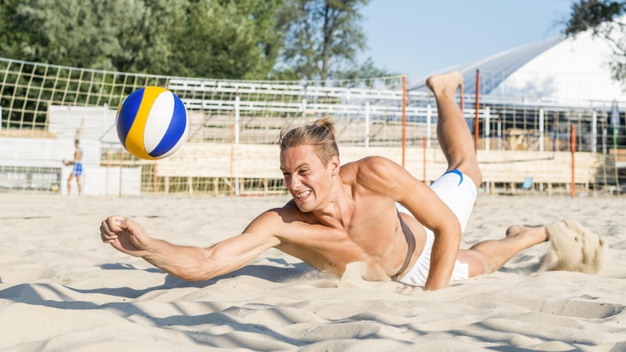 Beach Volleyball is a team sport, and each team has two players. Both of the teams play this game on a sand court divided by a net on the beachside. The goal of each team is to send the ball from their side to the opponent’s side ground. Members of both teams prevent the other team from putting the ball on their ground.

Both teams are allowed up to three touches to return the ball to the net. Any player cannot touch the ball again after giving a block touch to the ball.  After making a block touch, the player has only two touches left before hitting the ball. The game continues until the ball falls on the ground of the opponent’s court. The winning team got the chance to start the new rally.

History of the game:

Winning in the game

For winning a match of Beach Volleyball, the team has to win two sets. Each set contains 21 points or it can be 15 points in the final set having two clear points.

To get this, we can consider an example if the score reads out to be 21 and 20 on respective sides. Then, there will be a new set which will continue unless a team leads with two points.

An Authentic Leader with an Honest Approach

Why use Portable EX Power Distribution in Oil and Gas Industry

Did you know? Facts that are mind boggling