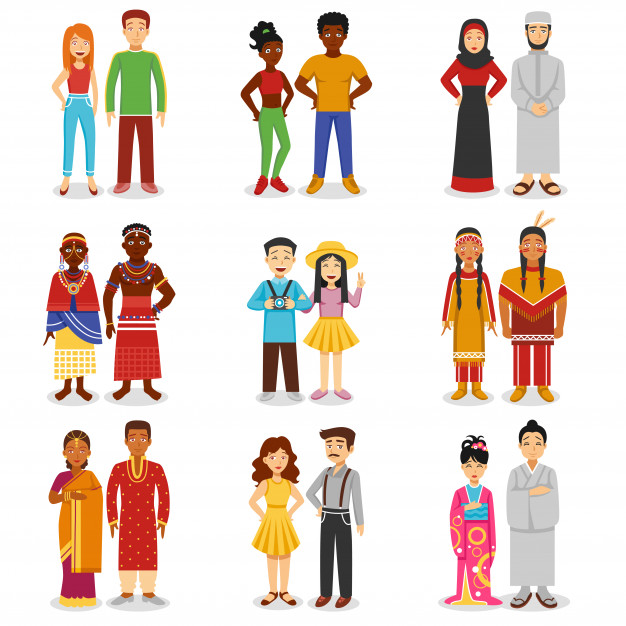 Multiple cultures are residing on the earth side by side. These cultures are very distinct from each other so are their cultural values. And these differences are making our world full of diversity. Here are some facts about culture and cultural values which will definitely interest you.

The US is a melting pot of cultures. The country is so loved world over because of its acceptance of people from various ethnicities and backgrounds with open arms into their land.

The culture is the manifestation of the combined thought process, ideas, customs, rituals and social conduct of a particular community of people. The knowledge, attitude, belief, goals, morals and values shared by society is considered as a culture altogether.

If you look at it globally there are five major cultures that exist today: Indosphere, the Western culture, Islamic culture, Sinosphere, Arabic and Tibetan culture

There are two types of culture which are existing in this world. Here are those:

The cultures which are the manifestations of some physical objects, spaces and resources created by people of that particular culture. Homes, schools, mosques, churches, temples, factories, offices etc. do get included in this.

The all elements of a culture which are intangible (which cannot be touched, hold, felt or tasted) are comes under these segments. The examples of it are morals, rules, values, languages, beliefs, arts, literature, music, social roles, customs, traditions and many more.

What are Cultural Values?

Cultural values are a series of principles and values passed on generation after generation by our ancestors. Based on values the entire cultural community decides their way of life. Those ideas decide how a person of that culture will behave and how they will lead their lives.

If one can see beyond the tangible cultural aspects then can see the actual importance of it. Culture works like the vein of the society through which the life flows. Cultural values bind people together which makes them strong and united. It makes people learn tolerance and understand brotherhood which paves the path of social harmony, economic improvement and physical well being of the community and the others.

The impact of cultural values on the culture itself:

A culture is nothing without its values. The cultural values are considered as the spine of any organizational culture to which they belong to. They provide the right guidance to the people which results in positive performances and behaviour. They affect people’s attitude towards life and their way to allocate resources and improves their life skills. Any organization is very much dependant on their organizational culture. And that is why they put efforts and take time upon making their employees, customers and the general public understand their core values. An organization is made by its people and the people should take care of and abide by its values.

National values are the ideas shared by people regarding what is good and right for the society they live in. National values depend on the two approaches which are contrasting in nature but trying to solve the same societal issue. Every nation holds a point somewhere between the two contrasting approaches.

Cultural values are constructing and improving our society for our betterments. And the mechanisms of it are highly effective. From this article, we can understand the definition, aspects and the impact of culture

Vincent Rouaix : The Entrepreneurial Spirit of a Passionate Leader