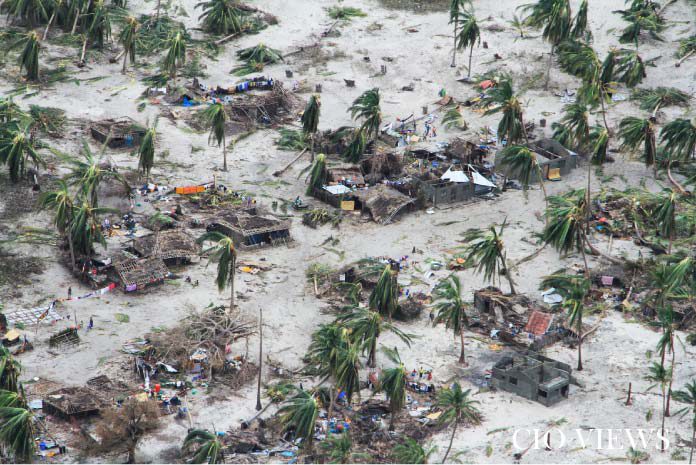 Post the dreadful cyclones Kenneth and Idai that hit Mozambique leaving it devasted, international donors have pledged to raise $1.2 billion to help rebuild the infrastructure as confirmed by the United Nations. This amount equals to less than half the amount that is needed for rebuild according to the government.

An International Conference of Donors was held that saw an active participation of 700 international organizations, donors and private sectors. At the end of the conference the news about the pledge was confirmed by Filipe Nyusi, President of Mozambique. Expressing his heartfelt gratitude, Nyusi said, “thank you very much for saving Mozambican lives”.

Cyclone Kenneth hit the province of Cabo Delgado and flattened entire villages with winds of up to 280 kph (174 mph), killing around 45 people while Mozambique was still struggling to cope with the impact of Cyclone Idai, which hammered the country’s central region just six weeks earlier.

Cyclone Idai killed over 1000 people over Mozambique, Zimbabwe and Malawi. It has been the worst cyclone experienced in decades. It has been cited that Mozambique needs $3.2 billions to rebuild the infrastructural losses in Sofala, Manica, Tete, Zambézia, Inhambane Nampula and Cabo Delgado.

“This is the time to translate into concrete gestures the solidarity with a country that has suffered one of the worst environmental disasters ever experienced in Africa,” said UN Secretary-General, António Guterres as he urged the international communities for a generous response.