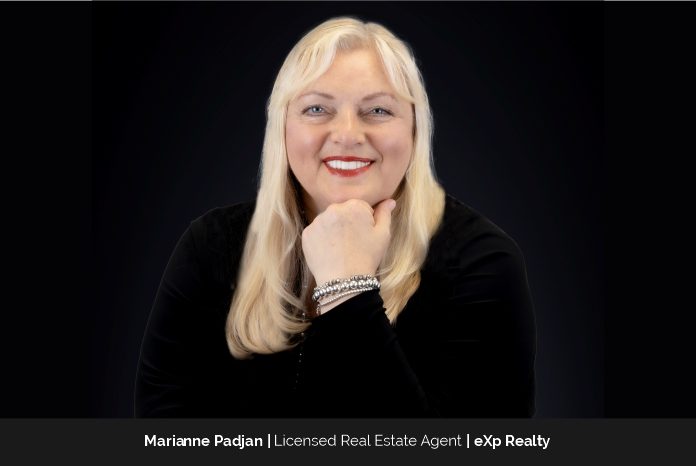 Thousands of real estate agents work for their customers to buy and sell homes and commercial properties. However, some estate agents distinguish out from the crowd by excelling at their jobs, finishing every transaction flawlessly, and truly benefiting their customers. These agents will be the topic of this article.

The finest real estate brokers are rarely reluctant to express themselves. They like to advertise a property by emphasizing its greatest features. They are not pushy, but they are enthusiastic about their profession and work hard to put their clients’ needs ahead of their own.

Marianne Padjan is a Real Estate Agent, an International Bestselling Award-winning Author, a Guinness World Record Participant, and an Empowerment Coach. She is a workshop facilitator, retreat leader teacher, and a digital TV host of Meditation Millionaire.

Marianne has always wanted her own company and has always worked very well independently. She likes having a sense of freedom when she works, thinks, and lives her life her own way. She also loves helping others find their passion and make money while they are super happy. She says, “You can make miracles happen for yourself and others when you are happy, and who does not want that?” She further adds, “I also have a lot of my own ideas and love hearing others.” As per Marianne, she is coachable with the right people and she insists on surrounding herself with people who are doing what she wants to, but she doesn’t do well with being told what to do, especially when she sees a better and easier way.

Having a Warrior Spirit

We push ourselves every time we sign up to do something we’ve never done before; if you don’t, how will you grow? Marianne believes that everyone should only do what they are called to. “Learn to listen to and follow your inner voice!” she advises.

Marianne had to start over five times in her life. She declared bankruptcy once and traveled to and from Europe four times with three luggage. This encouraged her to never be afraid of losing or having everything. She also discovered that she did not want to lose anything. She asserts, “I will be OK if I do, but I do not want to for sure! The most valuable thing you have is the spirit inside you, as this is what dictates your success.”  Marianne has been through a divorce, the closure of a business, the development of Demetia, the deaths of both parents and friends, walked away from a variety of occupations, and only had $8 to her name for the entire week, so she believes she can help people through anything.

Marianne has been in coaching much before it was in style (35 plus years) and she finds this experience, along with the meditation teacher experience, helps her most with her clients. She believes, “People basically need someone to tell them it’s going to be OK and then hold their hand through the transaction (I have prayed with people in the house at a showing as we were putting in an offer) and help them tune out the voice of family and friends who are sharing their fears with them. Opinions! Everyone seems to have one!”

Exp Realty is unique in the way that everyone is an owner as it is a publicly traded company and all have shares—some are gifted to the team and some they buy at a discount. The team has so many ways of making money (7 different ways). As per Marianne, she has never ever seen this kind of unity in a brokerage ever before. Everyone cheers each other on instead of competing with one another. They celebrate together frequently last weekend they were at a pool party together at one of Marianne’s teammates’ homes. She says, “We have a variety of events with the company as well as our team to keep us motivated and educated. We are owners in a great company with a great team, all while being independent. ” EXP, with its disruptive technology, has created an entire company cloud-based so one can still work from anywhere. It is the fastest growing real estate company in residential real estate in the world. This makes working internationally possible. Marianne enjoys the concept of international travel because it aligns with her big-picture thinking.

Ensuring a culture of integrity and innovation

Marianne is selling properties on an international level, and she has a podcast and is planning on doing webinars for people. She says, “Social media as well as other forms of internet interaction have taken over the industry, so we need to keep up!”

At work, she keeps the team motivated by organizing team meetings and team getaways, dinners, events, etc. as she believes doing and spending time together is GOLD! It creates trust and it helps people bond on a personal level and keeps everyone in the same circle.

Marianne loves that EXP Realty is international and she has always thought, “WE ARE ONE” and so working on an international level is best!

Beginning of a Career

Marianne was 15 years old and spent the summer working at a shoe store. She enjoyed work, but she was a little hesitant (no one would believe me now) since she had had a lot of violence at home (physical and emotional). The assistant manager of the shop approached her and told her that if she didn’t loosen up and talk to others, they might have to let her go. She recalls, “Well! It was as if someone had shaken the fear right out of me! I was always told to stay quiet in the corner by my dad (he was bipolar) and so I thought being super quiet was the way to go. “I literally transformed overnight into the super social person that I am!”Once she had the permission to be “who I really am,” life changed and Marianne became the best salesperson there! That was the beginning of her sales career!

Marianne worked in retail sales and then she owned a spa and did matchmaking in the recruiting space, and that was great. Her heart was more into empowerment coaching and now she loves it more than ever as she gets to implement it in real estate as well. She has always coached, led workshops, and retreats and will continue. She asserts, “I absolutely love the friends I have made in EXP Realty as well as how it has helped with my MPowered Voice Publishing as the anthology books I write include quite a few of my coleagues.”

Marianne’s days begin with MEDITATION! Throughout the day, journal about gratitude and self-love/self-empowerment experiences. Her mindset is something she devotes a lot of time to. Marianne spends her day at work talking to a variety of people. She speaks with current and previous clients first, followed by new potential clients. She inquiries about the homes advertised by other agencies. She communicates with team members/colleagues and attends training because she believes it is critical to keep educated and on the ball. Marianne states, “I do my best to empower as many people as possible throughout the day—so meetings with coaching throughout the day are daily.”

Walking outside with her dog is one of Marianne’s favorite times of the day—she does so much thinking and meditating by the water is the best. It’s where she gets her best ideas. She mentions, “Open houses are most weekends, but not all, as I leave time for me.” Showings and meetings with clients are more random as they depend on the client’s time. “

Keys to have Fulfilled Life

“You must know your WHY!” says Marianne. This is what keeps everyone motivated coaching while they are unaware they are being taught is the most effective motivator! Marianne has one to three coaches, and she attends self-development classes on a regular basis. She doesn’t think she’ll ever stop, nor does she want to, because she gets pumped when she knows she’ll be attending one of the team’s self-development events, which are plentiful at EXP both locally and internationally. She asserts, “Spending time in nature is my favorite thing to do—I prefer a walk in the woods to a busy event of sorts.” Having said that, I do enjoy events such as parties, restaurants, weddings, opera, shows, or great dinners at friends’ places. We do a lot of girls’ nights, brunches, lunches, trips.”

Plans for the future of eXp Realty

Marianne is continuously looking for new ways to serve people and teach others. Her future plans include additional retreats, workshops, and publications that will empower individuals. She hopes to establish one or two charities in the future, both locally and internationally. She believes that there are simply too many starving people in the world and wishes to address this issue. She says, “I would love to build a team OF AGENTS INTERNATIONALLY AROUND THE WORLD!”

Marianne is an ordained minister in the USA and is now getting ordained in Canada as well so she will be able to marry people, how wonderful to be a part of that.

Tammi Thomas: A ‘Loving’ Leader Merges Stories and Data to Make an Impact

The 10 Most Inspiring Business Leaders to Follow in March 2022

Isabelle Perreault: Supporting Leaders and Building Organizations that are Fit for...

Joana Lacerda: Innovating the Art of Business through the Diversified Intersection!