The 5th Wave is American science fiction released in 2016, based on the 5th Wave book by Rick Yancey. The movie combines alien life and humans into an exciting story for the audience and delivers an entertaining science fiction movie. Despite being an old movie, you can still watch this science fiction in your free time or when you feel bored. So let’s dig deeper into the film and find out if it’s worth your time. Read the article to the last to understand the plot and the various characters involved in the movie.

The movie boasts of a strong cast of actors who fitted well in the film and managed to deliver a good impact on the script. The main characters of the movie include the following:

The Book and Its Adaption

As discussed earlier, the movie is an adaptation of the original novel, with Colombia Pictures buying the rights. J Blakeson directed the fiction while Susannah Grant helped with the script of the 5th Wave. Interestingly, the producers decided on a release on January 29 but zeroed down on a week back.

We first meet the protagonist of the story, i.e., Cassie Sullivan running through the forest and passing by a store. She meets a man who begs her not to shoot, and the situation seems to be an emergency. Therefore, the director with the protagonist succeeds in attracting the audience’s attention and creating a whole new world, ensuring the audience to focus entirely on the movie from the start.

There have been four waves of alien attacks destroying almost everything here on the planet. The movie shows Cassie on the run to save her brother from the inevitable fifth Wave, and thus the name ‘the 5th wave’. She teams up with another man for the impending battle against the aliens.

What Should You Route For? Be Prepared for a Whirlpool of Force Majeure!

The movie kickstarts with many actions, thrill, and mystery, and seems to be the perfect package of thriller science fiction for you. Together with the ideal set up, the brutal invasions on the planet will intrigue the right excitement and spine chills in you. The first half is impressive, while there could have been a bit of improvement in the second half.

The end of the movie is still worth your time, as you delve deep into questions about who ‘The Others’ are. There are many twists seen in the story, so be ready to see your good guy turn into evil. You must not expect a conclusive ending, but surely you would love the movie’s thrills and twists. The way Earth gets depicted to be going through a deadly attack is also praiseworthy. The portrayal of tsunamis, electro-magnetic problems, and other calamities makes it even more terrifying.

Chapter 2: To expect or not to expect?

The wave trilogy boasts of three stories and falls in the category of young adult science fiction. The 5th Wave two or ‘The Infinite Sea’ is the second book in the trilogy and was published on September 16, 2014, followed by The Last Star.

There have been a lot of speculations regarding the sequel, but the producers haven’t confirmed anything. There are sure some unanswered ends, which was a deliberate decision as the novel is a trilogy. You can expect a release date somewhere in 2022 or even later if there happens to be another movie to this fun series.

Final Words for the Alien Anthology!

The film is a four-year-old potboiler that may not have been watched by many. You can watch this fiction if you are bored and surely, you will find loads of entertainment. If you have already watched the first part,  the sequel in all probability will enthrall you. So, to end, the movie isn’t bad but entertaining even though it could’ve been better. It is ideal to invest your glance for the first time. 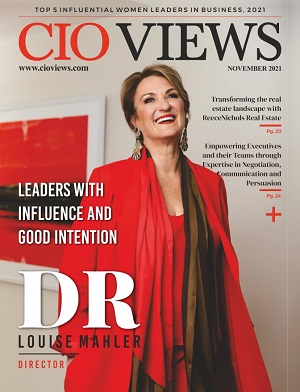