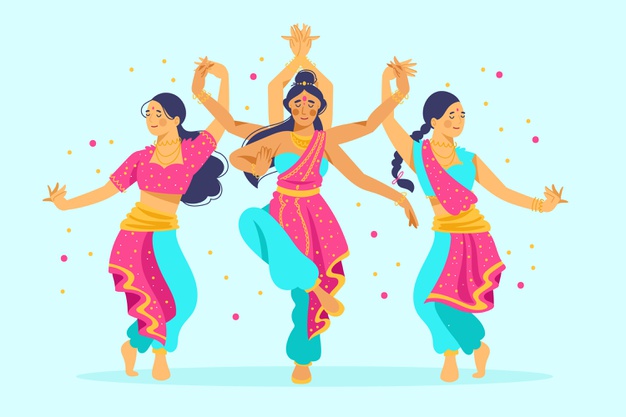 What is Indian Culture?

Indian culture represents the customs, ideas, and social behavior of its people or society. It is an amalgamation of social beliefs, traditional customs, ethnic norms, etc. stemming from the Indian subcontinent’s rich heritage.

The Indian culture isn’t just allocated within its geographical boundaries. In fact, any place in the subcontinent of Asia whose origins are deeply inspired from India due to colonization, immigration or influence, can supposedly have elements of Indian culture in it. What sets this culture apart from the rest of the world is its diversity, where language, food, customs and art, changes within every few kilometer radii.

What are the different Features of Indian Culture?

Owing to the diverse population and even diverse history, India’s culture cannot be segmented into parts. Still, in this article, we will try to narrow it down into fundamentals and create a wider outlook representing the culture as accurately as possible. So, let’s get started:-

Sanskrit serves as the origin of almost all the major languages spoken in India. Considering its 29 states, many believe that there are 29 different languages in India, but the actual number is nowhere near 29. According to India’s 2011 Linguistic Survey, India has over  780 languages and Arunachal Pradesh topping the charts with nearly 90

languages alone. With Hindi and English serving as the official languages of India, there are different languages spoken widely all around the country, namely,  Bengali, Marathi, Assamese, Kashmiri, Kannada, Gujarati, Punjabi, Odia, Nepalese, Malayalam, Telugu, Manipuri, and Tamil which dates back to the Dravidian era.

Regarding literature, Ramayana and Mahabharata are preserved as the oldest, most known epics of India. The Vedas are considered sacred, ancient, religious text scripted in Vedic Sanskrit, recording the earliest civilization and praising the various Gods. There are four different types of Vedas – Rigveda, Yajurveda, Samaveda, and Atharvaveda.

Food depicts culture the most. India is famous for its different range of cuisines, which include numerous ingredients and several preparation styles. The basic staple food includes rice, wheat, lentils, vegetables, meat, fish, and eggs. Here, each state specializes in its cuisine, rejuvenating the age-old techniques and making its local produce the best to represent their ancestry on a plate.

How can we talk about the cuisines of India and not mention the very own “spices.” India is responsible for around 70% of spice production in the world. No other country has that sort of monopoly on any other item. Some very favorite Indian dishes include biryani, butter chicken, naan, dosa, and various desserts.

Arts are considered as the living breathing soul of any culture. In India, art has taken various forms under the broader categories of Performing arts and Visual arts.

Visual Arts section is mostly noted for the incredible paintings, sculptures, and designs drawn on or carved into the walls of famous monuments of Ajanta and Ellora caves, Mysore Palace, Elephanta caves, etc.

As a result of centuries of colonization and migration, many people of different cultural backgrounds, ethnicities, races, complexes, and genes ruled, resided and reproduced in India, which led to a country full of people with multiple skin tones, physiques, different traditions, and customs. Though there are many castes and sub-castes under each of these religions, India’s whole religion saga can be broadly categorized into these – Hindu(majority), Muslim, Sikh, Christian, Jainism, Buddhism, etc.

Diverse culture calls for various traditions, which in turn paves the way for different festivals. With so many religions in the picture, every day marks some celebration or other. There are festivals like Diwali, Holi, Durga Puja, rath Yatra, Ugadi, Dusshera, Lohri, Makar Sakranti, Hornbill, Eid al-Fitr, Bakri Eid, and many more. Colors, light, new clothes, and delicious food are the main highlights of every occasion.