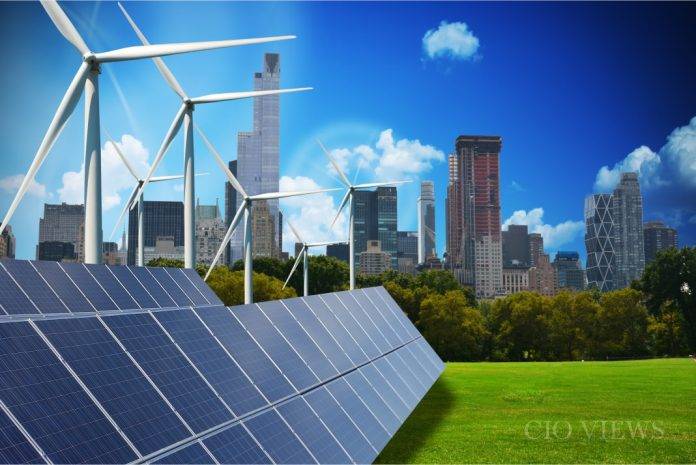 Recent data as of April 2019 from the United States of America has revealed that renewable sources of energy such as solar energy, wind energy has surpassed usage for the first time instead of coal.

This wonder was however not achieved overnight and took years to come to light. Coal has been king of energy generation and the backbone of the electric grid in the US. More than half of electricity generated in the US was through coal in the 2000s. Back to the present, the latest report by U.S. Energy Information Agency EIA’s Short-Term Energy Outlook states that only 20% of all electricity generated through coal plants was, while the other renewable resources surpassed at 24%. It is being predicted that this trend will continue for the month of May 2019, with coal at 21% and renewables at 22%. The share of coal is declining rapidly, while that of both renewables and natural gas is going up.

As of today, the largest source of electricity in the US is Natural gas at 35%.

The US citizens and policy makers are to be thanked for this generous and earth-saving development. The citizens have been consistently asking for renewable sources of energy and the policy makers complied and made amends leading to the epic change.

Texas is a leading example where the government poured in a lot of money on wind energy. The least populated areas were the prime location for the production of electricity and the most populous states were supplied electricity from these regions. Leading to 20% of the state’s electricity production depends on wind.

Another interesting fact is that the winds blow stronger in the evenings, therefore, the area can be used to harvest solar energy during the day. Amounting to double the benefit with the same transmission lines being used for both solar and wind generated electricity.

The US was divided politically when it came to the energy resources. The Republicans, headed by President Donald Trump, pushed for coal to be the main source of energy as it has been the backbone for US, while the democrats rooted for renewable sources of energy to come to the forefront.

Australia too walking on the same lines has more than 20% of its energy generated through renewable resources. With wind and solar energy taking the front seats, coal is however still a dominant player, but a change seems to be in order.

The Department of Energy’s National Renewable Energy Laboratory (NREL) released a comprehensive study that predicts the US to generate maximum energy, about 80% from renewable sources by the year 2050.

Research also suggests that the world can be made a 100% renewable energy dependent world. This is both an affordable option and possible too. However it would require a lot of political support. It would also generate a lot of employment as the demand for constructing windmills and solar panels would go high.

Presently, only Ireland produces the world’s cleanest energy. 100% of the energy produced is through renewable sources.

Gary Olson : Led by a Vision to Build New Visions