In 1969 when Astronaut Neil Armstrong took America’s first step on the moon, he uttered the statement, ‘One small step for man, one giant leap for mankind.’ This was a profound statement as it represented the exact moment it happened while predicting a significant shift for space discovery. The statement by JFK resembles the major change in education in the year 2020. The pandemic created an immediate one-step reaction across education systems, yet it also represents a giant leap for education, which is long overdue. The future may now catch up with the past lapse in education transformation.

In 1995, I wrote my first whitepaper report on the rational reasons to shift from classroom learning toward an online and virtual learning environment for a major university system. This whitepaper report was one of many I wrote while employed at Cray Research Inc. (1985-1996). A whitepaper report was used as shorthand to refer to an official business report, indicating that the document is authoritative and informative in nature. Writers typically use this genre of report when they argue a specific position or propose a solution to a problem, addressing audiences inside and outside of their organization. This particular whitepaper report followed previous whitepaper reports on designing a supercomputer simulator, and the first generation of computer-based training. During this time period, the world was desperate for more supercomputers and engineers to support them. This worldwide growth in supercomputers caused a plethora of opportunities to train Cray Research engineers around the world. One of the whitepapers was labeled Alternative Training Delivery Methods was published by Cray Research in 1993.  At the time, there were a few options that included Satellite broadcast, CD’s, videos, early video conferencing, and the newly discovered Internet.

This particular whitepaper report followed previous whitepaper reports on designing a supercomputer simulator, and the first generation of computer-based training. During this time period, the world was desperate for more supercomputers and engineers to support them. This worldwide growth in supercomputers caused a plethora of opportunities to train Cray Research engineers around the world. One of the whitepapers was labeled Alternative Training Delivery Methods was published by Cray Research in 1993. At the time, there were a few options that included Satellite broadcast, CD’s, videos, early video conferencing, and the newly discovered Internet.

The whitepaper report on shifting to a virtual and online environment that was written for Berean University (now called Global University) created a nice buzz among 17-universities. It also landed me my first job in education technology at Global University of the Assemblies of God. Within two years the following brochure was produced and being used across many universities as the first step to shift education from a traditional classroom to a virtual environment.

Leading up to this 1997 Brochure, I developed the first Internet Online Course and held the first Online Video Conference Graduation between Honolulu, Hawaii. During those early years of success, I was convinced the majority of education and corporate learning would be online in just a few short years. To my dismay, 25-years later in 2019 the virtual and online did not make the strides I had hoped for back in 1995-1997.

In 2020, the first significant disruption happened — and suddenly, 80% of the world of education and corporate training went to virtual and online. The disruption for education to move virtual and online was not a technology disruption like most thought it would be. Instead, it was the COVID-19 pandemic of 2020 that made everyone re-think the methods to provide education and training. Some universities took a month to flip their delivery models around to be agile and flexible, while others used the latest technology to flip their model around in a few days.

The technology in 1995 was already available and proven to deliver virtual and online education and training courses. What was not ready and prepared was the prejudices, biases, and processes of education. The need for educational organizations to survive the pandemic of 2020, and potentially beyond, wiped away 25-years of biases, prejudices, and processes. In other words, in one swoop of a pandemic, technology was allowed to become aligned with the educational options people should have had for the last 25-years.

For 25-years, technology has advanced well beyond the capabilities of 1995. The technology of 1995 looks like a toy airplane compared to the technology of 2020-2021, which powers space shuttles, 4-million drones, 22-billion IoT devices, 3-billion AI voice assistants, and the 197-million Amazon customers. The ability of analytics, artificial intelligence, supply-chain management, and logistics has turned over (churned) the entire shipping methods and receiving products through Amazon by 100X. In contrast, education has churned one-time after the 2020 pandemic forced that one churn.

Even though I waited for 25-years after writing the first Whitepapers on education transformation to witness the first big step forward, I predict that the ongoing pandemic will help create a giant leap forward. The giant leap in education will be the equivalent of 6-10 churns of change, with each one equivalent to the change that education witnessed in 2020. The main reasons the giant leap (shift) will occur include the following three reasons

1: Technology change has hit a tipping point in which the collective evolution will implode the prejudices, biases, and processes at a much faster rate. At the same time that I had to wait for 25-years for the first major step, technology advances have increased over the past 25-years at an estimated rate of 200,000% as defined by Moore’s Law. CNET, the technology advisor magazine, has tracked the impact of the top-25 technologies over the past 25-years. You will see a significant movement in technologies that never existed in the 1995 timeframe, which has shifted almost every industry, with the exception of education. To help illustrate this in a very visual manner, watch Amazon’s latest commercial, where Amazon clearly states its accomplishments in education, including funding computer science training for 555,000 students, transitioned 750,000 students to remote learning, and reached students in 200 countries and territories. They start the commercial with ‘we do things big’ and close with ‘and we are just getting started.’ Amazon single-handedly has more students and reach than any one university, and they are just getting started.

2: Comparing 1995 to 2020, there is a seismic shift in educational leaders searching for technology ‘silver-bullets’ for their long-term survival. The technology advances will not by themselves be a silver bullet. However, with the right attitude and talent, any educational entity can re-invent itself by leveraging any 2-3 of the 25 technology advancements since 1995. The one advancement by Amazon may shake the global space of education. In July 2020, Amazon was approved by the FCC to invest $10B of Amazon’s own money for Satellite Internet to reach 48% of the world who do not have Internet Broadband access. Remember, Amazon is just getting started.

3: Zoom has set the stage to force a major shift as they blew open the doors of connecting classrooms, students, and teachers. The issue will now become how do you engage these connections. Zoom is an incredible application that provides connections; but does not engage. The solutions are already being tested and prepared to allow more engaging aspects to the Zoom classroom connection experiences.

Below is a photo with three pictures of my granddaughter during her first week of Zoom-based virtual classes in September 2020. The images represent a 30-minute time span during her virtual class session. You can see she quickly transitions from being slightly engaged, rolling her eyes, to throwing a towel over her head. Please note that our granddaughter is an extremely engaging person during in-person class sessions. Suffice to say, the best systems and most integrated technology in the world cannot fix the human-ware aspect of who we are as people.  We must learn to design and leverage the technology that engages and connect to the minds-eye.  The second photo is of our granddaughter fully engaged in a Virtual Reality (VR) environment.

Summary of the Future of Education

The future has never been brighter for education as all the advancements over the past-25 years are now ready to be seriously pursued. Based on the last 25-years of technology transformation, Amazon has created a ‘prime customer’ loyalty ecosystem. This same mindset of creating a ‘prime learning’ ecosystem is possible for any education entity, assuming they are willing to let go of prejudices, biases, and outdated processes.

Organizations like Amazon began their journey to success without the intention of trying to compete or replicate the largest retailer, largest tech company, or largest e-commerce companies. Rather, they endeavored to meet the needs of busy consumers with stellar ‘prime’ customer service. To keep the customer at the center of their business model, they excel at innovative approaches across multi-disciplines.  Their passion for innovating at the right ‘micro-level’ across all technologies and deliverables allowed them to be the macro-winner of a world-class business-to-consumer ecosystem. Imagine the outcome if education grasped a customer-centric approach with the technologies developed over the past 25-years.

In the area of education transformation, micro-innovations could play out the same way. The educational organizations who are willing to glean, implement, and deploy the ‘cream’ of all technology innovation at minimal risk, and moderate cost, will have the greatest chance of performing like an Amazon in campus technology, enrollment growth, student engagement, and student success.

One small step for education; one giant leap for humanity! 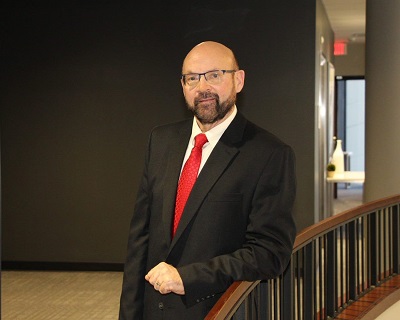 The Most Influential Educational Experts Making A Difference in 2021

Sabrina Khan: Finance is the heart of the Business where she...